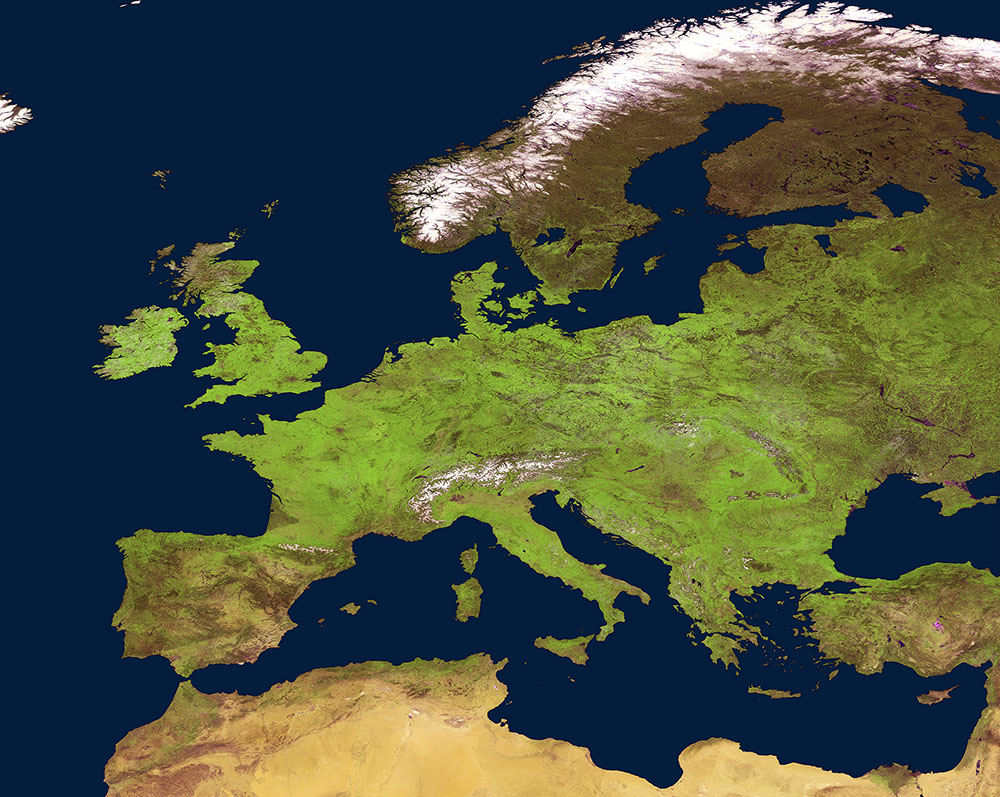 Europe is today considered as a space world leader with tremendous successes in the development of technologies, the provision of competitive products, systems and value-added services dedicated to a large variety of public and private users/clients, and the scientific community. The European space manufacturing industry (launchers, spacecraft, ground systems) strengthens Europe’s position on the worldwide geo-strategic scene by giving Europe an independent access to space and the necessary technological expertise to support its own strategic decision-making process in case of environmental or security/military crisis. European satellite operators and providers of space-based services are worldwide key players of the EO and satcom markets.

With regard to New Space, it is worth noting that the emergence of these new actors shall not be considered as a withdrawal of the public authorities’ involvement. In the U.S., this is public demand (NASA, DoD, NRO...) that has driven and allowed the emergence of such private players, by ensuring them long-term commitment and more freedom in the design/implementation of the space programmes and services they are currently developing.

Boosted by a sustained public demand (growing number of countries investing in space systems and their downstream applications, a trend that is expected to strengthen in the coming years), and by an increasing implementation of technological innovations (such as electric propulsion systems on-board large telecommunications satellites, advances in miniaturization making micro satellites even more affordable, robotic servicing technologies for space applications, use of Additive Manufacturing for some technical complex parts), the space industry is facing several structural changes and paradigm shifts impacting both demand and supply sides.

Incumbent players have to cope with a stronger competition on the commercial open markets for spacecraft, launcher systems and equipment/components, as more actors/corporate players (New Space) seek to enter global value chains. SpaceX has reshaped the rocket launch business. Its capabilities and low launch prices, especially for GTO communication satellites, meet market demand and have resulted in market pressure on competitors to lower their own prices.

Structural change #2: Improved design processes and industrial optimization... more necessary than ever to preserve/enhance competitiveness of the offerings

Paradigm Shift #1: Disruptive changes of scale in terms of number of satellites to be produced and time-to-market constraints generated by new satcom constellations

Performance excellence: the challenging production of the 900 OneWeb satellites fleet has implied the implementation of innovative industrial processes in manufacturing, e.g. adaptation of some automobile industry’s mass production techniques, integration of state-of-the-art automation (smart tooling, collaborative robots...), and data acquisition capabilities in the assembly lines. This is to shorten assembly times and provide means to analyze factory performance and process improvements.

Time-to-Market challenges: assembling, at full speed, 40 to 60 OneWeb satellites per month, or two to three per day (a pace never seen in the space industry), while managing to compress the cost of satellite between $ 400,000 and $ 500,000. Planned world’s largest launch campaign, sending new satellites up every 21 days.

Big Data, technological issues: the amount of data handled and generated in space is tremendously growing with the combined action of many technology and mission trends. The sector shall thus address this data challenge and implement/monitor key activities that support increased data handling requirements, such as secure data transfer, long distance data transfers, high data rates and all processing/storage issues. These developments are transversal in nature (Earth Observation, Science, Telecommunications, and Navigation). As integral part of the space infrastructure, the user/mission ground segment will have to support the above-mentioned key requirements of future missions and systems for increased data rates, flexibility, ergonomics and the implementation of cloud-based solutions and data dissemination optimized processes/models.